Allah (swt) endowed Muslims with a power above technology, nuclear power, or its missiles. It is the power of “Be And It Is! – كن فيكون”. Mawlana allows us a glimpse into “عالم الروح – The World Of The Spirit” with all its wonders and its secrets. “The Spirit Is Of The Command Of My Lord (17:85) – الروح من أمر ربي”.

Astonishing…astonishing! Allah! The spirit, with the power of the spirit… The power of the spirit. “And they ask you (O Muhammad ﷺ) concerning the Spirit. Say: The Spirit is by command of my Lord” (17:85) Our vision reaches galaxies… any distance in an instant. What a power the human being has! Allahu Akbar! The deputies of Allah (swt) are formed with different abilities….We are Subhan Allah! The vision reaches… They say that the North Pole star, the light of that star… reaches to earth after 40 light years.  And this is how our power reaches! “O man! What has made you deceived concerning your Lord, the Bountiful?”(82:6) Subhan Allah! Subhan Allah!

The body that we carry, it is considered as nothing. But the power that Allah (swt) granted, from His Bounty, to the servant is astonishing! They ask about this matter. What can you understand of it? You do not understand. You can only answer “Say: The Spirit is by command of my Lord” (17:85)  Allahu Akbar-ul Akbar! Allah Allah! Galaxies, those who say millions, trillions, quatrillions light years, they don’t reach. The vision of human beings, even just one step higher he can look, and will see it (the star). “And indeed We have honoured the Children of Adam” (17:70) Allahu Akbar-ul Akbar! Subhan Allah,  Sultan Allah. Tawba Ya Rabbi, tawba Ya Rabbi, tawba astaghfirullah.

He does not get occupied with one matter over any other! Who has the right from among people, from the  children of Adam (as). There are some of them who are dressed… are dressed…. with an Order and can value.. value himself and any other. This value cannot be  measured with a scale. Or any …any form of measurement. There is no measurement. We must look to ourselves.  We have been created from Al Haqq (swt). “He is Who shapes you in the  wombs as He pleases” (3:6) Who is He? Who is He? The pronoun (‘he’),  The “He” that has no limit. “He is Who..”,  “Allah is Who..” was not said. He did not say, “Allah is Who”. But “He” He said “He is Who shapes you in the  wombs …” (3:6) Where is He? A Jewish man asked  Sayyidina Ali (ra) Where is Allah (swt)? And he (ra) replied The One Who created ‘the where’  has no where “Where” Is a creation from the creation of Allah (awj) to define and express for man about some realities from the unlimited sea that is considered as nothing.  Allahu Akbar! Allahu Akbar! La Ilaha illa Allah Allahu Akbar! Allahu Akbar wa Lillahi l Hamd.

Pity & most pity for human beings in this period of time. Who do not put any effort to know about things related to Heavens. And they are busy with things that they have no chance to attain. No! Allah (swt) has put for everything a boundary & limits. It is not possible for you to go  beyond your boundary. Your vision is something & his vision is something else. Allahu Akbar! SubhanaHu wa Ta`ala Ya Rabbi teach us so we may stop argument between us with no reason and with no taste. For what are the wars, arguments between people? For what? Over what  thing should they be divided? Divided from the beginning to the end, then they dropped & left. Or they were taken away. and dropped everything. There is no one who will take anything from this world, from the material world to the spiritual world. No!

When a man’s spirit is fully active that man can say to something “Be & it is” (36:82). What would he want from the whole world? If he wanted something from this world, with his words it would “Be & it is”(36:82). His words… There was a man who was a graduate from a university of Damascus. One day he came. He knocked on the door and I opened and saw a young man. He saluted me & said “I wanted to visit you O Shaykh.” Welcome to you. He told me about himself – so I told him “if you have graduated from the University of Damascus tell me one hadith or something to hear from you what you have learnt.” He said: Allah (swt) said, the Prophet (ﷺ) said. The Prophet (ﷺ) conveys his Lord’s words and the Lord (jwa) says, in an address to His servant, all servants… What did Al Haqq (jwa) say? “O My servant..O My servant”. (To be addressed) is an honour that has no end to it. “O My servant obey Me, obey Me I will make you Rabbani” (Hadith Qudsi).

He will make you Rabbani. Then the prophet (asws) explained Al Haqq’s words to His servants “you say to a thing Be, & it will be”. “I will make you Rabbani”  (Hadith Qudsi). “Rabbani” is related to The Lord (jwa). Or a human being can be Rabbani and say to a thing Be, & it will be! But human beings in our time now, it is the period of the first ignorance and worse also. They do not look at the  Prophet’s (ﷺ) Hadiths that Allah (swt) granted to  the Prophet (ﷺ). And He (swt) said “O My servant, obey  Me, I Will make you Rabbani. You say to something Be & it is”. (Hadith Qudsi) La Ilaha illa Allah, Sayyidina Muhammad Rasulullah (ﷺ).

People in our times now they are busy with useless things. They say, “We are in the era of technology”. Technology – “we do everything with the technology that we have.” Haqq (swt) says “O My servant obey Me. I make you Rabbani. I will give you knowledge, O My servant! With that knowledge if his value was zero it will make you reach to a level/maqam… Allah (swt) says “O My servant obey Me I will make you Rabbani means that when you say to something Be, it will be.” There is no need to exhaust yourself with technology, no! To obey The Lord  will open for you an area that you never thought about or that you can ever understand. Allahu Akbar (swt).

Forgive us O Lord! Fatiha. S. N.: Can i ask a question. M: Ask. S.N.: In the sohbah you said “his vision his vision is something, and my vision is something. Why do people fight. If he looked at a star and i looked at the same star, he sees the same star or something else? M: Of course he sees something else. If a person looks at this world, does he see the same view of the world? S.N: For this reason you said “why do they quarrel? “There is a world for every creature. M: Yes! S.N.: And therefore there is no need to fight or to kill. M: There is no need. It is ignorance incited by shaytan. That is it. Subhanahu wa Ta`ala…. 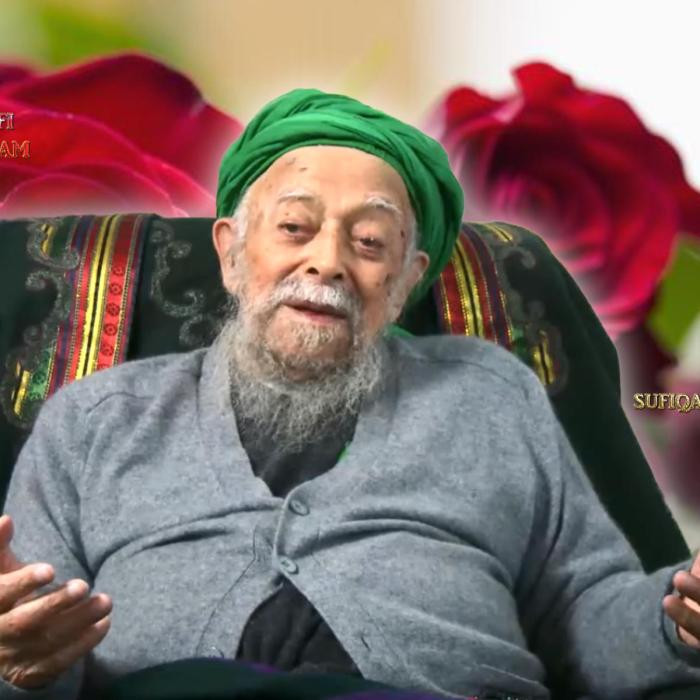 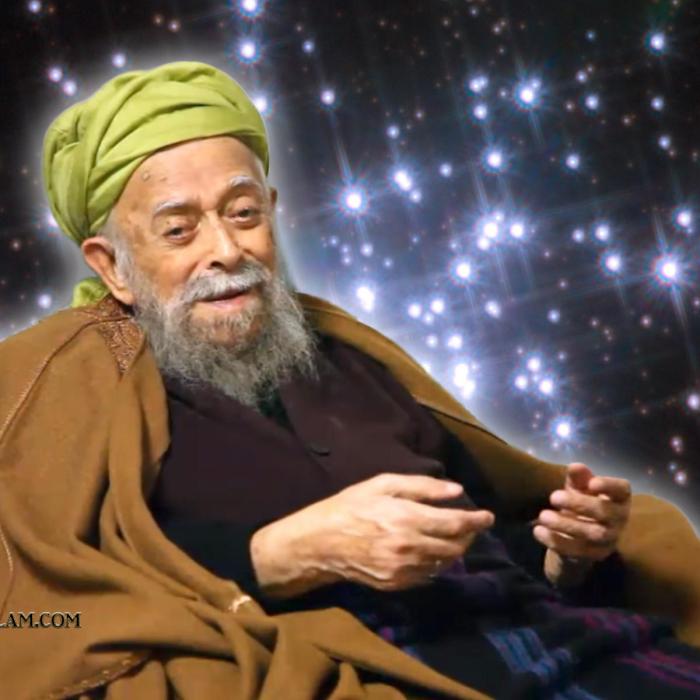 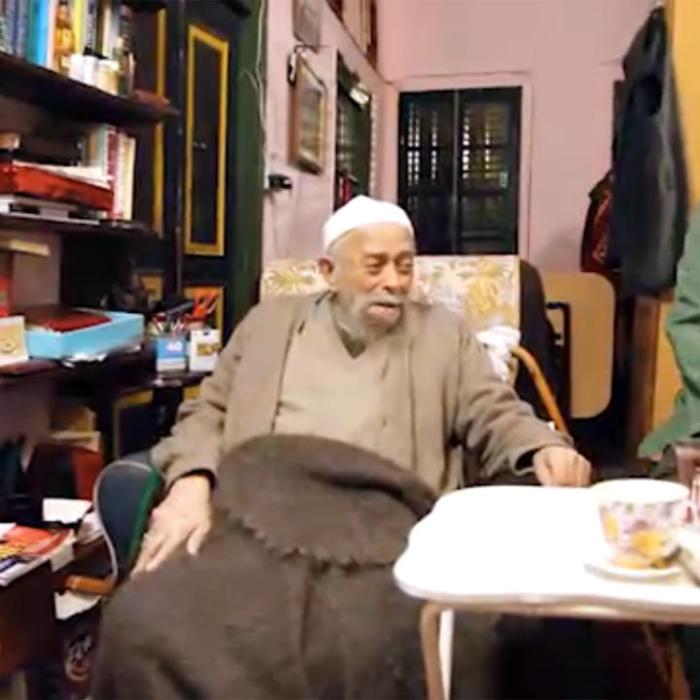 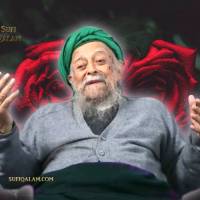 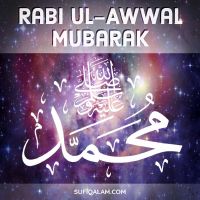