The 17th of Ramaḍān is the anniversary of the Battle of Badr, the first battle that Allāh ﷻ commanded the Muslims to fight. They won a great victory and many of the worst opponents of Islām were killed. Now is not the time to fight or demonstrate. Now is the time to be quiet and wait for Sayyidinā Mahdī (alayhisalam).

Now, all the way from Ottoman time, of course from the beginning but lastly after the Ottomans, an attack started against Islām. They are attacking Islām to finish it. They cannot finish it. There are thousands of types of unbelievers. The kāfir never accepts the Muslim and wants to finish him off. But Allāh ‘Azza wa Jalla is not giving them a chance. He جل جلاله is making them attack Muslims as a warning again. When Muslims leave the right path, Allāh جل جلاله inflicts these unbelievers upon them until, and so that, they may repent and ask help from Allāh .جل جلاله Because our Holy Prophet صلى الله عليه وسلم did not leave for the Ghazwah of Badr – he didn’t go for battle but for Badr. It was by the wisdom of Allah صلى الله عليه وسلم. The Quraysh had a caravan, he صلى الله عليه وسلم was going in order to block the path of the Quraysh of Mecca. And when they heard about it they went on the attack. A thousand people came from Mecca.

Now, various types of oppression occur in the world today. Muslims are being oppressed. Of course, they are also using Muslims against each other and breaking them. When this is the case, there, Allāh ‘Azza wa Jalla is inflicting others on them so they may come to their senses. It is End Times anyway and now Mahdī ‘alayhi s-salām’s appearance is closer. He will spread Islām to the whole world, Allāh جل جلاله willing. Now, they are moving against Islām everywhere and are thinking, “We have won.” No. Even if they are few, again with Allāh ‘Azza wa Jalla’s help, Islām will be victorious. Of course, help only comes when we make du‘ā’ for what is happening.

The time is now a time of waiting, a time to be calm.

Because we are living in such a time that if you think of doing good, or if you think you are going to do good and help Muslims, the opposite happens. They do this through tricks and they fool people. People, while trying to do good become worse off. The time is now a time of waiting, a time to be calm. People hear something and get aroused. Of course, the opposite side did that in order for you to be aroused. And you are thinking, “I’m doing good. I’m supporting my Muslim brother.” Whereas, you will make it even worse. As we said, it is better not to talk. We need to pray to Allāh جل جلاله. No need whatsoever to go into the street and yell about this and that because that has no benefit at all. It does nothing but harm. You only scream there for nothing. They will add to the people under oppression, more tyranny. The more you scream here the more they tyrannize there.

Because now is the time of tyrants. We are going to wait. We are going to make du‘ā’ to Allāh جل جلاله that their time ends, that justice comes instead of tyranny, with Mahdī ‘alayhi s-salām, inshā’a Llāh. May it be near, in shā’a Llāh.

But they was proud. He said, “No we must go there and we must show ourself and we three days we stay in Badr and make, drink alcohol, eat meat, dancing, singing. If anything happen we attack them. If no, we can go back.” Because normally Arab they are sometimes they doing this – not fighting, only coming showing and going back. And Prophet صلى الله عليه وسلم he not intending to make war with them but even when they coming to Badr, they wasn’t know Quraysh they coming there. But when they take this news, Prophet صلى الله عليه وسلم ask Ṣaḥābah, “What you saying? We are not coming here for fighting this people. We can go back and later we can fight.” And this the Ṣaḥābah saying, “No we we are with you. What you like, what you order, we are following your order. We are not like people of Mūsá, Banī Isrā’il, who said to Mūsá: ‘Go, you and your Lord, fight this people and after we can come and go to this city Arīḥā.’ We are from front of you, from behind of you, from everything. We are with you. We are not going back. What you order we can do. Even you say, ‘Go to the sea’ we can go without looking behind us.” And Prophet صلى الله عليه وسلم was happy and he صلى الله عليه وسلم prepare for fighting this people.

And many miracle Allāh جل جلاله make for them. And they was, al-ḥamdu liLlāh, they have victory. Because even before war there was wise people from mushrik people [Quraysh]. They said, “We think we must go back. This is not good for us.” And who say this, he was very strong one, very, very, brave one and he said, “Even you said I’m afraid – you can say I’m afraid but we must go back.” But Abū Jahl he said, “What are you saying this?” He was shouting on him and saying, “We not go back. We fight with this because they are not so much and we come until here so we cannot go back. They will say for us, we are afraid.” And this is ḥikmah from wisdom from Allāh جل جلاله to punish this people in this battle. They was seventy of them killed. They most bad ones. They was whole time making people to not listen to Prophet صلى الله عليه وسلم. They was harming Prophet صلى الله عليه وسلم. They was laughing for Prophet ‘alayhi ssalām. When he صلى الله عليه وسلم is speaking they making like joke and every bad thing they was doing, this seventy people they was killed in this battle. And this for this wisdom they want go back especially this Abū Jahl the worst one he was and they, he was killed there.

This is a beautiful reminder for all Muslims until
the Day of Judgment – for them to ask for Allāh’s جل جلاله support.

And now in this time also whole people, whole world coming against Islām. They want to finish Islām and they have not ten trick – [but] millions billions of tricks they are to finish this. But they will not finish because, as Prophet صلى الله عليه وسلم saying, Allāh جل جلاله He was with him صلى الله عليه وسلم and they was only one third of army of mushrik and no weapons, no horses, no anything. [There were] very few and they was winning on this mushrik because Allāh جل جلاله with them. Allāh جل جلاله want them to win. And this His جل جلاله religion – Islām Allāh جل جلاله’s religion for human being. And for now also whole this people they make trick. They say this is Muslim they killing Muslim. This is not Muslim. They are also from their trick and they want everywhere they are oppressing. But it will be, in shā’a Llāh, at the end whole world, in shā’a Llāh, it will be Muslim. Islām spreading but not like this – by one by one. When Mahdī ‘alayhi s-salām coming whole world it will be Muslim and who are not accepting, they will go from this world.

Allāh جل جلاله help us and this is time of to be quiet. No need to be shout, going for demonstration. Something happen from in one country of there are people – quickly they are shouting, screaming, making thing what the shayṭān teach them to show them as they are not good people. Muslim he must be respected one and ask from Allāh جل جلاله to help them and Allāh جل جلاله He will in help, in shā’a Llāh. No need to do what this people they are… Especially teaching people to do this to show them as it is not good. And when you say this, people they are not happy. You are happy or not happy, we must say what truth, what you must done, what you must not done. Prophet صلى الله عليه وسلم was, until coming to Madinah, not fighting this people. So you if you don’t have power, you don’t have anything, don’t do. And you must do under your guidance not with – some people going fighting. No. You cannot do this. You and under country and or like Mahdī ‘alayhi s-salām. You must wait. No need to hurry because if you hurry you will destroy yourself and other people also. Allāh جل جلاله save us from trick of this shayṭān and his followers. 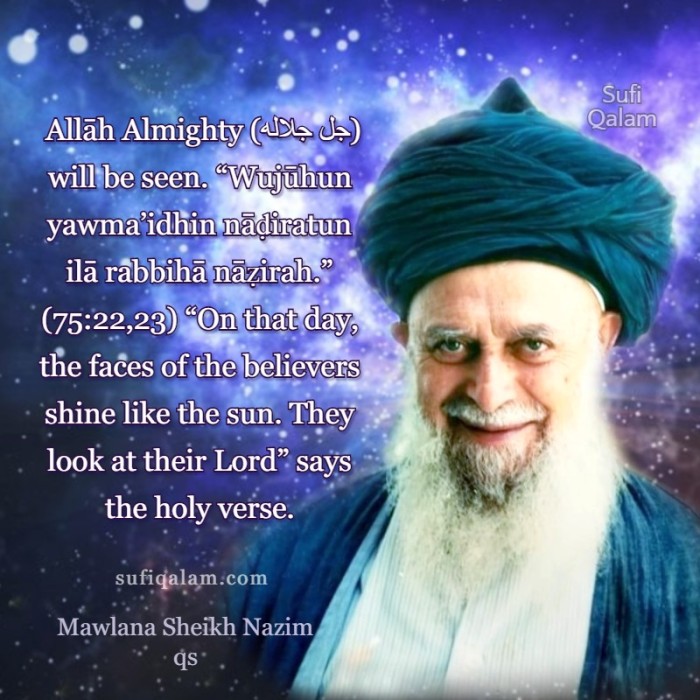 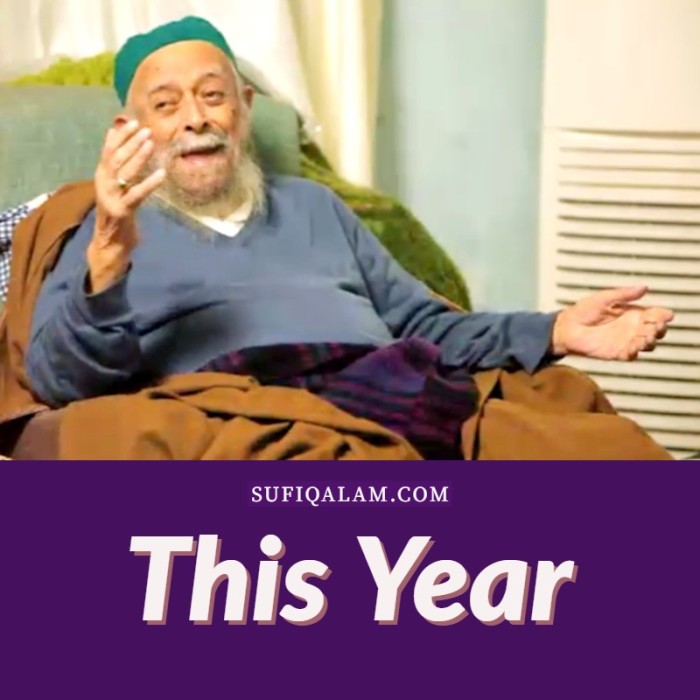